Another suspenseful series by James Patterson is the Women’s Murder Club, consisting of 20 great books with breathtaking drama and unforgettable emotions, as well as short, fast paced chapters.

In this series, four female friends with different crime investigating professions join forces and use their skills together to solve murder cases in San Francisco while dealing with their own personal situations. 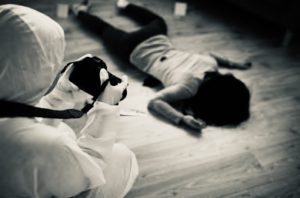 *As an Amazon Associate, I earn from qualifying purchases. This Post Contains Affiliate Links. If You Click Through And Make A Purchase, I May Earn A Commission At No Cost To You.

The leading women are Lindsay Boxer, a homicide detective for the San Francisco Police Department, Claire Washburn, a medical examiner, Jill Bernhardt, an assistant District Attorney and lastly, Cindy Thomas, who is a reporter and a newbie at the crime desk for the San Francisco Chronicle. Later, in 4th of July, Yuki Castellano joins the club.

The first book in the Series is 1st to Die, Lindsay finds herself in the middle of two horrific situations, her new-found, life threatening, blood disease and a double homicide case that she is working on.

The four crime solving friends join forces as they secretly sidestep their bosses to track down murderers. Through their friendship, they formed the Women’s Murder Club.

A serial killer targets newlyweds on their wedding night. On the trail of the most terrifying killer ever, the four women discover a shocking surprise that turns everything upside down and Lindsay puts the safety of others before her own.

Click here for Book Series in Order to view more and/or purchase from Amazon!

In The Trial, Kingfisher, an accused murderer is about to go on trial for his life. Unexpected violence lands on the police, lawyers and jurors and the Women’s Club is right in the middle of it.

Two Bodies turn up at the morgue, one still breathing in The Medical Examiner. A fast paced thriller you won’t be able to put down.

A police procedural, legal drama that aired in 2007-2008 (ABC) was based on the series of the Women’s Murder Club. There are 13 episodes.

Lindsay, Claire, Cindy and Jacobi investigate a series of murders that occur on the victim’s wedding anniversaries. Jill puts away a man that murdered his wife. Lindsay finds out that her ex-husband is getting remarried while dealing with becoming the new lieutenant. Jill finds a body in an alley and bonds with the victims teenage daughter.

Television movie, 1st to Die (2003) is based on the first book in the series. A group of women team up to investigate a string of murders.

I hope you’ve enjoyed learning a little bit about this series. If you start reading the series, watch a movie or try out a game, come back and give me your thoughts, or your review. Thank you for visiting, have a wonderful day and Happy Reading!