“There are too many to choose from!”  “Where do I start?” you ask. Well, a good place to start reading books by James Patterson is with the Alex Cross series. (In my opinion, the only place to start). Once you get to know the style of his writing and storytelling, I’m sure you will feel the same. There are so many great series written by James Patterson, check them out on my Book Series in Order post. Additionally, you can find a list of stand alone books here

James Patterson’s novels are mega-bestsellers having sold more than 300 million copies. The Washington Post once said “The way he writes, he may as well be printing money”.

He was the first person to sell 1 million e-books and has had more New York Times best sellers than any other writer, so many in fact, that he made the Guinness Book of World Records.

Some of James Patterson’s best work is shown in his most popular, Alex Cross series. It is written in first person narration and tends to switch to the killers point of view in third person.

With extremely short and very intense chapters, these books are hard to put down. Try starting with the first in the series Along Came A Spider, and you will see.

Who is Alex Cross? 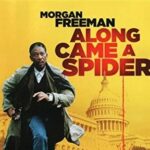 One of mystery fiction’s most iconic characters, Dr. Alex Cross is the leading character and narrator of James Patterson’s Alex Cross series.

Cross is originally from Winston-Salem, North Carolina. His mother died from lung cancer when he was only nine. His alcoholic father died a year later and Alex was sent to Washington D.C. to live with his grandmother.

At six-foot tall 200 pounds, Alex Cross is a well-educated, devoted family man who is undoubtedly, very much involved with his community.

He’s a brilliant forensic psychologist/homicide detective who works as a profiler for the FBI and the Metropolitan Police Department in Washington DC.. A job that brings Alex Cross into the cross hairs of many villains.

Alex is also the widowed father of two children (Janelle and Damon). Together, they reside on Fifth Street in Washington D.C. under the care of their grandmother (Nana Mama).

His wife and first love (Maria) who worked as a social worker, was shot by an unknown sniper and died in Alex’s arms. Maria is the reason for Alex’s motivation of taking on cases.

In the beginning Alex cross gets involved when two children are kidnapped by their teacher (Gary Soneji). Thereafter, his niece goes missing and Cross believes that her disappearance is the work of an insane killer known as (Casanova).

The intense suspense goes on through the entire series. While trying to protect and hold his family together, Cross faces many threats to his family and to the city of Washington D.C.

Often he confronts serial killers and criminal masterminds who wish to kill him and others close to him. His life becomes very complicated. At some point, Cross discovers who killed his wife and he will do anything to bring down her murderer.

Of course there are many more exciting twists and turns, including, love interests and villains. Alex Cross loses a lot and risks even more.

I am certainly not about to ruin the stories for anyone by saying too much. On that note, there are twenty-seven books in the Alex Cross Series from 1993 to 2019 and next, I am going to put them in order for you. I hope you’re excited! I know I am!

The Alex Cross Series in Order 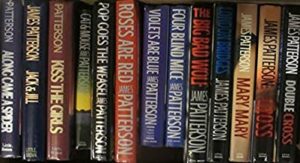 Bookshots in the Alex Cross Series

James Patterson did it again! What can I say…. Much Love!

In a nutshell, or a (bookshot) LOL. A bookshot is a novella. Not quite a short story and yet, not a novel. A lightning-fast read that packs a lot of punch! At twenty-five to fifty thousand words, these books are sure to keep you in the hot seat for around five dollars or less! Two bookshots in the Alex Cross Series are: Cross Kill (2016) and Detective Cross (2017).

I understand that not everyone enjoys the same thing as I do, However, I think that you might agree that this particular series is a pretty good place to start. I hope that you are enjoying this site so far and you are looking for all the books in the Alex Cross series as we speak. Are you already reading Along Came a Spider? Have you seen one of the movies, Along Came A Spider, Kiss the Girls or Alex Cross? I’ve seen all three and they are exceptional.

Remember to come back often, tell me about the James Patterson books that you’ve read and most importantly, please share your passion for reading with your children, family and friends. Happy Reading!

Leave your questions and comments below! 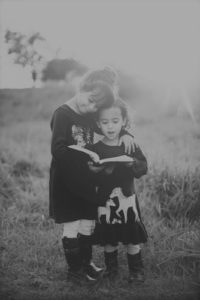