James Patterson‘s All-American Murder: The Rise and Fall of Aaron Hernandez, was co-written with Alex Abramovich and Mike Harvkey. This compelling, true crime novel was published in 2018 and was inspired by the former New England Patriots tight end along with his ties to a horrendous homicide in North Attleboro, Massachusetts. All American Murder was the first book to investigate the first-degree murder conviction as well as the mysterious and untimely death of Aaron Hernandez, The Superstar Whose Life Ended on Murderers’ Row.

Aaron Hernandez grew up in Bristol, Connecticut, where he played as the tight end for his high school football team, the Rams. He already had the body of an NFL player in his junior year and he was the best athlete that Bristol Central had ever given rise to. His father, Dennis Hernandez (The King) played for Bristol Central back in the ’70s and later for the University of Connecticut. Aaron and his brother DJ worshipped their father who consistently instilled ‘If it is to be, it is up to me” into their heads. Both boys were extremely exceptional athletes and their father knew they would be special. Aaron strived to make his father proud. 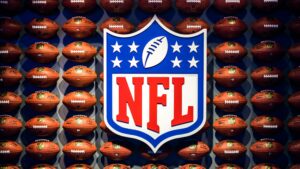 At the very young age of seventeen, Aaron Hernandez was recruited by the Florida Gators and often, hung out with Tim Tebow. He was an All-American at the University of Florida, just like in high school. Thereafter he received the John Mackey Award as the nation’s best college tight end and entered the NFL draft. In 2010

Aaron Hernandez was drafted by the New England Patriots in the fourth round, which made him the youngest player in the NFL. He scored six touchdowns on 563 receiving yards alongside quarterback Tom Brady his rookie year and he assisted the Patriots to Superbowl XLVI in his second season. Hernandez celebrated after he caught a 12-yard touchdown pass from Tom Brady during that game.

In 2012 signed a five year $40 million contract extension with the Patriots and his fiancee Shayanna Jenkins gave birth to their daughter, Avielle. Hernandez was living the good life, the Patriot Way or so it seemed. It turns out that he was actually living a shocking secret life.

It All Comes Crashing Down

Matthew Kent was a high school athlete from Attleboro, Massachusetts. On June 17, 2013, he was headed home from the gym. When he was running through the Industrial Park, he saw a man’s body lying near a dirt pile. There was no answer or movement when he called out to the man. He notified the authorities and soon thereafter, the Attleboro police and fire arrived. They found 27-year-old Odin Lloyd, dead after being shot several times, execution-style. Lloyd was a semi-pro football player who had been dating the sister of Aaron Hernandez’s fiancee.

The investigators had found shoe prints, tire tracks, bullet casings, and much more evidence on the ground near the body of Lloyd. When they went through his pockets, a cell phone, cash, and two sets of keys were retrieved. The keys were from Enterprise Rent-A-Car. Come to find out, the car was rented by no other than, Aaron Hernandez.

The Complicated Back Story

Get James Patterson’s All-American Murder today, read about the complicated, untold stories of the troubled Aaron Hernandez. Read about his family troubles, the shocking secrets, and his crazy behavior. Read about the arrest, the trial, and his unexpected death. Come to your own conclusions. I’d love to hear your thoughts. Leave your comments below.