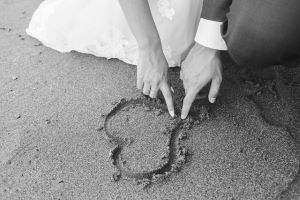 The truth is, James Patterson is a non-violent, kind-hearted, and family-oriented man. Romance is much closer to who he is than the thrillers could ever be. As a matter of fact, some of his romance books were inspired by the loves in his life. James Patterson’s thrillers and his young adult books will likely continue to be the most popular, however, he really knows what he’s doing when it comes to romance. Check out one of his romance novels, you’re in for a real treat!

Katie Wilkinson has found her perfect man at last. He’s a writer, a house painter, an original thinker everything she’s imagined she wanted in a partner. But one day, without explanation, he disappears from her life, leaving behind only a diary for her to read.

This diary is a love letter written by a new mother named Suzanne for her baby son, Nicholas. In it she pours out her heart about how she and the boy’s father met, about her hopes for marriage and family, and about the unparalleled joy that having a baby has brought into her life. As Katie reads this touching document, it becomes clear that the lover who has just left her is the husband and father in this young family. She reads on, filled with terror and hope, as she struggles to understand what has happened and whether her new love has a prayer of surviving.

Two extraordinary romantic stories about the power of a life-changing love letter.

Have you ever gotten a letter that changed your life completely? Sam’s Letters to Jennifer is a novel about that kind of drama. In it, a woman is summoned back to the town where she grew up. And in the house where she spent her most magical years, she finds a series of letters addressed to her. Each of those letters is a piece of a story that will upend completely the world she thought she knew and throw her into a love more powerful than she ever imagined could be possible. Two extraordinary love stories are entwined here, full of hope and pain and emotions that never die down.

The successful but lonely daughter of a powerful New York theater icon falls for her imaginary friend in this touching love story.

Jane Margaux is a lonely little girl. Her mother, a powerful Broadway producer, makes time for her only once a week, for their Sunday trip to admire jewelry at Tiffany’s. Jane has only one friend: a handsome, comforting, funny man named Michael. He’s perfect. But only she can see him.

Michael can’t stay forever, though. On Jane’s ninth birthday he leaves, promising her that she’ll soon forget him. Years later, in her thirties, Jane is just as alone as she was as a child. And despite her own success as a playwright, she is even more trapped by her overbearing mother. Then she meets someone, a handsome, comforting, funny man. He’s perfect. His name is Michael . . .

Experience the magic of the Christmas season with a holiday wedding, an exciting secret, and a life-changing gift from the bride to her family.
The tree is decorated, the cookies are baked, and the packages are wrapped, but the biggest celebration this Christmas is Gaby Summerhill’s wedding. Since her husband died three years ago, Gaby’s four children have drifted apart, each consumed by the turbulence of their own lives. They haven’t celebrated Christmas together since their father’s death, but when Gaby announces that she’s getting married and that the groom will remain a secret until the wedding day-she may finally be able to bring them home for the holidays.
But the wedding isn’t Gaby’s only surprise; she has one more gift for her children, and it could change all their lives forever. With deeply affecting characters and the emotional twists of a James Patterson thriller, The Christmas Wedding is a fresh look at family and the magic of the season.

In this New York Times bestseller, two high school students leave their hometown on the West Coast to go on an impulsive cross-country road trip in this moving romance about friendship and the power of love.

Axi Moore is a “good girl”: She studies hard, stays out of the spotlight, and doesn’t tell anyone that she wants to run away from it all. The only person she can tell is her best friend, Robinson-and she’s madly in love with him.
When Axi impulsively invites Robinson to come with her on an unplanned cross-country road trip, she breaks the rules for the first time in her life. But the adventure quickly turns from carefree to out-of-control . . .

Anne McWilliams has lost everything. After her marriage falls apart and a hurricane destroys her home she realizes that her life has fallen out of focus. So she takes to the road to ask long-lost friends and strangers a simple question: “What’s your best story?” Can the funny, tragic, inspirational tales she hears on her journey help Anne see what she’s been missing?
Tyler Bron seemingly has it all: a successful company and more money than he knows how to spend. But he has no life. So he hires a struggling novelist to write one for him. There are no limits to the fictional world that Bron’s money can transform into a reality, and he soon becomes the protagonist of a love story beyond his wildest imagination. But will Tyler be able to write the happy ending himself?

Maggie Atwood and Becky McCabe, mother and daughter, both champion riders, vowed to never, ever, go up against one another. Until the tense, harrowing competitions leading to the Paris Olympics. Mother and daughter share a dream: to be the best horsewoman in the world. Coronado is Maggie’s horse. An absolutely top-tier Belgian warmblood.
Sky is Becky’s horse. A small, speedy Dutch warmblood.

Thanks for taking a look at the romance novels written by James Patterson. See more like these under ‘Romance’ here. Suzanne’s Diary for Nicholas and Sunday’s at Tiffany’s are also movies if you would like to check them out. Until next time, Happy Reading!