Another series with easy to read, short chapters that are extremely difficult to put down. A story about brutal animal attacks on humans all over the world. Some people say that Zoo is Patterson’s best book ever.

James Patterson had taken notice of the way we humans were not treating our planet as well as we should.  On top of that, like many of us, he had seen some strange things going on with animals in the media. For instance, fish jumping into boats in Michigan, crocodiles barking like dogs, and alligator attacks in Florida. These things combined, stimulated his imagination and soon thereafter inspired James Patterson’s Zoo series. 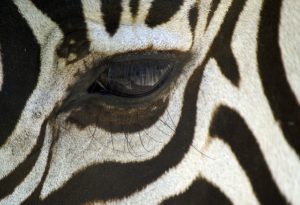 A young biologist (Jackson Oz) tried to warn scientists about the increasing number of mammal attacks on humans. Nobody listened. Oz decided to continue data collecting full time and try to plead his case. Now vicious attacks are destroying cities all over the world and Oz watches these intensifying events with a rising sense of fear.

While on a trip to Africa, the extreme scale of violence becomes terrifyingly clear when Oz saves the life of an ecologist (Chloe Tousignant) from a vicious attack and survives a seemingly coordinated lion ambush that kills more than 100  people.

When Oz returns to America he finds his girlfriend partly eaten by his pet chimpanzee. Chloe assists Oz in warning world leaders before it’s too late. Soon there will be no place to hide as these dangerous and vicious attacks are growing.

Some years later, Oz’s theory is recognized and the U.S. President recruits him to find answers before it’s too late.

Oz and his family have been living in Greenland (in seclusion), while humans all over the world continue to be brutally attacked. A sickness has now spread to humans and they are mutating.

When the U.S. Department of Energy calls upon Oz, he is enticed by their new scientific approach to the Human-Animal Conflict. He leaves his family behind to gather evidence that may help find a cure before the world is taken over completely.

The series starts off like the book, however, they go further than the book. There are new characters and new threats. Patterson is the executive producer and he was very supportive through all of it.

Violent animal attacks on humans are happening all over the world. Zoologist, Jackson Oz investigates the attacks along with his team that includes a safari guide, a journalist, a veterinarian, and a French intelligence agent. A virus has infected the animals and is causing this strange behavior. The team travels the world looking for a cure.

Many people agree that books are almost always better than the movie or the t.v. series that they are adapted from. I personally think that this particular adaptation just might be better than the book and I NEVER say that.

Currently, I am watching the series and I think it’s fabulous. There are so many twists and turns. It’s intense, a little scary, a little funny, a little sweet, a little sad and the animals, oh my! The writers of this series did a great job, Zoo is just amazing.

Thank you for visiting, leave your comments below and don’t forget to SUBSCRIBE, have a wonderful day, and Happy Reading!