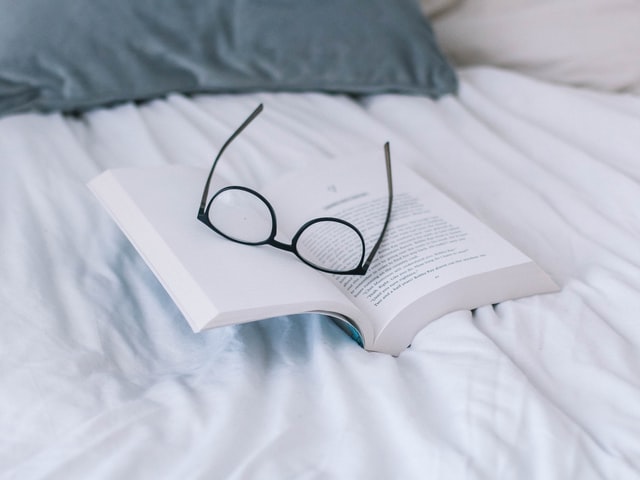 Well, 2020 has not been a great year thus far. We have been and still are going through trying times and I’m sure most of us would just like to get it over with and forget it. One thing that has helped many of us through lockdown is books and I am personally thankful for all of the great authors in this world. James Patterson definitely kept his fans entertained and continues to do so! Here I have a sneak peek of what’s to come with James Patterson’s New Releases 2021. Get out your index cards and sticky notes or bookmark this article for future reference as I will be updating every chance I get. I’m hoping for a much better year in 2021 but no matter what happens, I’m sure that we will be delightfully entertained by Mr. Patterson’s spectacular writing. Stay safe and enjoy. : )

As an Amazon Associate, I earn from qualifying purchases. This Post Contains Affiliate Links. If You Click Through And Make A Purchase, I May Earn A Commission At No Cost To You.

Till Murder Do Us Part

The 6th book in the Murder is Forever Series by James Patterson, Andrew Bourelle, and Max DiLallo.

From the World’s #1 Bestselling Writer comes Discovery ID-branded true-crime stories where the bonds of matrimony and love can tear you brutally apart.

TILL MURDER DO US PART: Kathi Spiars can’t believe she’s found such a good man to marry as Stephen Marcum. Twelve years later, she starts to suspect that he isn’t who he says he is. As she digs into his past, she doesn’t realize that learning the truth will lead to a lifetime of fear and hiding. (with Andrew Bourelle)
TRUE CRIME #2: Brandi McClain, a young beautiful teenager, moves to Tucson, Arizona, where she quickly meets her new best friend and her new boyfriend. But her perfect life is about to turn on its head. In San Diego, investigator Terry Jensen hunts for a missing girl. It’s a case that seems to be plagued by dead ends. But once the truth emerges, it’s more haunting than he could have imagined. (with Max DiLallo)

A series of gruesome murders in New York City has Michael Bennett angry, but when he identifies similar cases in Atlanta and San Francisco, his feelings escalate into an all-out alarm. All of the victims are young women. And each one is killed in a horrifyingly distinct fashion.
In the midst of such a devastating loss of life, Bennett’s longtime love, Mary Catherine, is soon to become his bride. As Bennett toils to connect the cases, the killer strikes again, adding to his criminal signature an ability to evade detection. Just when New York’s top investigator should be donning his wedding finery, he may be stepping into a diabolical trap.

The 16th book in the Middle School series by James Patterson and Martin Chatterton.

Things have quieted down for lovable troublemaker Rafe Khatchadorian, and after all the mishaps and adventures he’s been through, he’s feeling a little restless. So when he’s invited to attend an all-expenses-paid art field trip in California, Rafe jumps at the opportunity.
But things go sideways, as they always do for Rafe when he arrives and realizes his trip isn’t the Hollywood vacation he thought it would be. Instead, he’ll be participating in a “Cultural Campout” in the desert.
What follows is a series of unfortunate events that only Rafe could find himself in, including an encounter with a cranky crocodile, a claustrophobic trip into an ancient cave, and a set of cave ancient cave paintings that may or may not have been faked.
To make matters worse, Rafe finds himself smack dab in the middle of a plot to smuggle a legendary missing diamond. Has he finally stumbled his way into an adventure he can’t get himself out of?

The sacrifices of service are indescribable, except by those who have made them. Their personal stories of battlefield life reveal:

– The goal to “be ready every day, every single day,”- – and how that can quickly descend into chaos. – The realization that every soldier must be “okay with dying, consciously or subconsciously, to be good at this job.”- How “we all need to serve something bigger than ourselves.”

Men and women from every branch of the US military and every occupational specialty tell exactly how it feels to jump out of airplanes, to be boots on the ground, to shoot and be shot at, and to recognize that they might never get back home. “When the fear shows up,” explains a Marine Corps rifleman, “I tell myself I can do it–I will do it. And I do.”
Walk in My Combat Boots offers the honest words of our heroes, the true stories of our sons and daughters.

By James Patterson and Chris Grabenstein.

There are Scaredy Cats everywhere in your small town, your big city, your neighborhood. It’s just that human beings can’t see them. Only cats can see a Scaredy Cat.

When housecats Pasha and Poop move to Strawberry Lane with their humans, they find themselves in the domain of the shadowy Scaredy Cat, a feline specter who demands that they follow his rules for being a proper cat or he’ll bring chaos to their home, knocking over lamps and spilling kitty litter everywhere!
But Pasha and Poop are rebellious and headstrong and they won’t follow the ridiculous rules of the Scaredy Cat like all of the other pets on the block. Together with a stray named Ermine, they set out to find the truth behind who the Scaredy Cat really is, and how they can end his reign of mischief-making for good.

If it’s too good to be true, then it most likely is–especially in these three adrenaline-filled stories that make one explosive book!
The Palm Beach Murders (previously published as Let’s Play Make-Believe): Both survivors of the divorce wars, Christy and Martin don’t believe in love at first sight and certainly not on a first date. But from the instant they lock eyes, life becomes a sexy, romantic dream come true. That is until they start playing a strangely intense game of make-believe — a game that’s about to go too far. (James O. Born)
Stingrays: When a teenager goes missing on a Caribbean beach, the local police are baffled. It’s up to the Stingrays, a world-class team that solves the unsolvable, to unearth the truth: a truth that no one will believe. (with Duane Swierczynski)
Nooners: Everyone who knows Tim says he’s a good guy. But the popular advertising exec has a problem: a lot of the people who know him are getting murdered. And by the time he figures out why, Tim won’t feel so good anymore. (with Tim Arnold)

SFPD Sergeant Lindsay Boxer has sworn to defend against all enemies, foreign and domestic. As Lindsay prepares to celebrate her own daughter’s birthday, she clashes with rising Chief Charlie Clapper over a family case.
When a distraught mother pleads with Chronicle reporter Cindy Thomas to investigate the disappearance of her daughter, Linda, and baby granddaughter, Lorrie, Cindy immediately loops in SFPD. But Linda’s schoolteacher husband, Lucas Burke, tells a conflicting story that paints Linda as a wayward wife, not a missing person. And there’s reason to believe he may be telling the truth.
While M.E. Claire Washburn harbors theories that run counter to the police investigation of the Burke case, ADA Yuki Castellano sizes Lucas up as a textbook domestic offender–until he puts forward a theory of his own that unexpectedly connects the dots on a constellation of copycat killings. If what Lucas tells law enforcement has even a grain of truth, there isn’t a woman in the state of California who’s safe from the reach of such an unspeakable threat.

By James Patterson and Bill Clinton.

There’s a new administration in the White House. But it’s the previous First Family who tops an international assassin’s hit list.

Michael Keating is a former Navy SEAL — and a former President of the United States, now relocated to rural New Hampshire after a brave but ill-fated military mission cost him his second term.

All he wants is to sink into anonymity with his family (and his Secret Service detail). But when he’s briefed on an imminent threat against his daughter, Keating’s SEAL training may prove more essential than all the power, connections, and political acumen he gained as President.

I hope you found a new book you just can’t wait to read, go ahead and get it pre-ordered, and don’t worry there will be plenty more to choose from soon enough. There will be a 5th book from the Dog Diaries series, ‘Camping Chaos’, and the 3rd book in the Instinct series, ‘ Dr. Death’. I can’t wait to catch up with Michael Bennett in The Russian! Shoot, they all look interesting to me. Leave your comments below, I’d love to hear from you. Thanks for visiting!