You’ve read about some of the books and learned a bit about the book series, stand alone’s, movies, and even some games. Now I want to tell you about James Patterson, the author. The fantastic prolific author.

*As an Amazon Associate, I earn from qualifying purchases. This Post Contains Affiliate Links. If You Click Through And Make A Purchase, I May Earn A Commission. 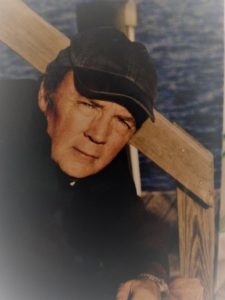 Selling more than 325 million books, American Author and Philanthropist James Patterson works out of his home office in Palm Beach, Florida. He was born in Newburgh, New York on March 22, 1947. (He’s an Aries). The son of Isabelle (Morris) a teacher and Charles Patterson, an insurance salesman. James also has three sisters.

He was valedictorian of his high school class. Surprisingly, James was not much into reading until after high school. He did start writing casually at the age of 19.

James worked his way through college at a mental hospital in Belmont, Massachusetts, where he began scribbling stories.

He studied English at Manhattan College with a Bachelor of Arts in English as well as a Master of Arts from Vanderbilt University. Instead of completing a doctorate, James found employment as a junior copywriter (1971).

While working at the advertising agency (J. Walter Thompson Co.) in New York. He created the notorious slogan “I’m a Toy’s ‘R’ Us kid” and quickly worked his way up to Chairman of the company’s North America division in 1990. At this time James was actively pursuing a literary career.

At the age of 26, he wrote his first book. The Thomas Berryman Number, it was turned down by 31 publishers, but eventually won the Edgar Allan Poe Award for best first novel from the Mystery Writers of America. Many novels followed, however, they failed to attract much attention.

James Patterson and Jane Blanchard were together for six years before she passed away from cancer. The couple was in a New York Post Office when she collapsed. It was a brain tumor. For the next two and a half years she was dying. Jane’s death devastated James. He threw himself into his work at the agency and eventually, he started writing again.

Patterson had modified his approach to writing by the early 1990s. He adopted a style of minuscule chapters, fast-paced and smooth running plots. In 1993 he wrote, created, and financed the promoting of his first breakout book  Along Came A Spider.

The novel introduced detective Alex Cross and gave rise to a series of 26 sequels and three movies, (Along Came a Spider, Kiss the Girls and Alex Cross).

In 1996 Patterson left his advertising job to concentrate on writing. He began to expand genre’s such as romance and historical fiction

He also began writing with coauthors. The first, Miracle on the 17th Green (1996) with Peter de Jonge. When Patterson writes with coauthors, he writes a detailed outline, sends it to the coauthor and they do a first draft, Patterson then handles the revisions before a book is published. There have been numerous bestsellers with and without coauthors.

We were introduced to the Women’s Murder Club in 2001 with 1st to Die as well as the Michael Bennet series, the first being Stepped on a Crack (2007) and then the NYPD series (2012).

Patterson just can’t disappoint. More series, stand alone’s and even some non- fiction. This guy can put out more than ten bestselling books a year and still surprise us. Again, this is one of the reasons why I love James Patterson.

After a few years, Patterson started dating Sue Solie (an art director at the agency). They were married in 1997 and the next year, had their son Jack. Like father like son, Jack was not much of a reader. Patterson began writing young adult fiction because of this.

In 2005 James Patterson created the Maximum Ride series (science fiction). The film was released in 2016, that success led him to write the Daniel X and Witch & Wizard series (children’s fantasy). Then came series such as Middle School, Confessions, Treasure Hunters, and House of Robots.

In 2011 Patterson founded the website readkiddoread.com to promote childhood reading. (I love that!) The website guides parents in selecting books for their children.

Patterson teamed up with Little Brown and Company in 2015 and founded JIMMY Patterson, an imprint for entertaining children’s books by talented authors and illustrators.

James has become an advocate for child literacy and has donated more than half-a-million books to students! The National Book Foundation gave him the award for the Literarian Award for outstanding service to the American Literary Community.

The President is Missing (2018), is a political thriller written by former U.S. President, Bill Clinton, and James Patterson. This is Clinton’s first novel. A Showtime movie is in the works. An American President uncovers a secret, world-threatening crisis.

If you are an avid James Patterson fan or even want the rare opportunity to own an authentic Presidential autograph, you can get the book autographed by both on the actual book (not a bookplate). Check it out!

I read a bold review one day, it was on the Middle School series Public School Superhero, and it just made my day, made me love James Patterson more than I already had (if that’s possible).

The reviewer says ” The book is about an African American sixth-grade chess devotee named Kenny Wright who lives in an inner-city….. and you’re not. How did you capture this witty kid and his voice?”

Patterson responds, ” I’m also not a teenage girl with wings, but I managed to do OK while writing Maximum Ride. Part of my job as a writer is to explore characters and worlds that are different from my own. I’d visited many schools where African American students would ask me when I was going to write about them, so I felt it was important for me to explore the Kenny Wright world.” ( Patterson donated 100,000 of these books to under-resourced libraries).

Watch the YouTube video promoting Public School Superhero, it’s fantastic! I hope you enjoyed learning a little bit about James Patterson, the Author. Leave your comment or review below. See you around! Happy Reading!

Leave your questions or comments below and