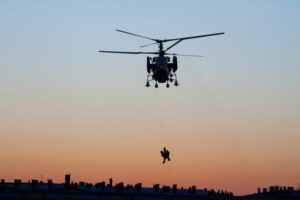 Here we have James Patterson’s Private series in order. The series was written with Maxine Paetro, Kathryn Fox, Michael White, and Jassy Mackenzie as well as, Mark T. Sullivan, Ashwin Sanghi, Mark Pearson, and Rees Jones. Whew! Well, there ARE fourteen books in this series as well as two BookShots. The Private series is a mixture of the main series and a spin-off series that come together nicely and per usual, short easy to read chapters make these books hard to put down.

Jack Morgan is a former Marine helicopter pilot who runs ‘Private’ a renowned investigation company with branches worldwide. It’s a place where you go when you need discreet, yet maximum force. Many high-profile customers from around the world reach out to Jack on a daily basis, and his staff of investigators use the world’s most advanced forensic tools to make or break their cases.

Two years after returning from the war in Afghanistan, Marine pilot, Jack Morgan went to visit his incarcerated father in Corcoran, California State Prison. Jack did not have the desire to see his father ever again, however, Tom Morgan was very manipulative. He asked Jack to take over his once, first-class private investigating agency.

Private, was an agency that ‘got the job done’, with maximum force and maximum discretion when nobody else could. Along with the offer was fifteen million dollars to assist in bringing the agency back to life again as well as a list of all the names of former clients. The only catch was, Jack could not let his twin brother Tommy, know anything about the money.

Jack rebuilt Private and their reputation. Five years later, while deep into a high profile gambling scandal and a multiple murder investigation involving high school girls, Jack Morgan learns that his former girlfriend has been killed. Jack must use all of Private’s resources to track down her killer.

Private has become the largest and most effective private investigating agency in the world, with the main office in Los Angeles and branches in six countries. Jack Morgan had just returned to the states exhausted, from an overseas business trip,  when he finds his ex-girlfriend Colleen dead in his bed.

Jack Morgan is suspect #1. While under investigation, the mob persuades Jack to recover millions in stolen pharmaceuticals. Additionally, he’s investigating a string of murders that occurred at a luxury hotel and one of his closest colleagues threatens to leave Private. With his life on the line, Jack Morgan confronts one of the most powerful enemies he’s encountered thus far.

Private has been recruited to provide security for the 2012 Olympic Games in London. Four hundred of the elite agents in the world have been sent abroad to protect more than ten thousand competitors. A high ranking member of the games organizing committee has been murdered and Private investigator, Peter Knight is called to the gruesome scene.

Newspaper reporter Karen Pope receives a letter from a man claiming responsibility for the murders. He threatens to destroy all who have corrupted the games. Private is hired to examine the letter. Pope and Knight uncover a criminal genius who won’t stop until he’s completely destroyed the modern games.

Eight years ago Jack Morgan saved a thirteen-year-old Los Angeles student, Hannah Shapiro from a tragic kidnapping. Now the terror follows her to London, where she attends school and Dan Carter, the head of Private London is the only one who can help her.

Young women are being abducted in London and their mutilated bodies are found days later. These brutal murders may somehow be connected to Hannah Shapiro. Carter’s ex-wife is the investigator on the case and now the two must hunt down one of London’s most elusive killers.

Private Berlin’s most esteemed agent, Chris Schneider secretly handles Private’s most high profile cases. When Chris suddenly goes missing, he becomes the most high profile case. Chris’s ex. and top agent, Mattie Engel will stop at nothing to find him. Three people involved in a case that Chris was investigating before his disappearance, are suspect.

In the wake of a horrific discovery, Mattie’s investigation reveals a secret past and she believes that Chris is facing a horror that could force all of Europe to the edge of destruction and chaos.

Private’s owner, Jack Morgan has his hands full. Four men are found murdered and their bodies were thrown into a fire pit on Malibu Beach. Next to the bodies was a card that said NO PRISONERS.

High profile couple, Thom and Jennifer Harlow have disappeared, along with their children and assistant. On top of that, Jack’s brother Tommy is being charged with a murder and he’s trying to bring Jack down with him.

Justine Smith, second in command to Jack Morgan, has been sent to Sydney to assist Craig Gisto in the launch of Private. Jack chose Craig Gisto to open and operate Private Sydney. During the celebration for the official opening ceremony, Craig heard a loud crash, what he found was gruesome.

A bloody body on the floor with a leather hood wired and tied around his neck. This was much more than a messed up kidnapping. Private’s caseload fills up quickly, with a missing businessman, a terrified rock star, and the horrific murder of Stacy Friel, a friend of the Deputy Commissioner. Stacy was not the first victim and bodies continue to pile up.

The body of Nisha Gandhe was found in a hotel room in Mumba. Her body had been hanging off of a hook on the back of the hotel room door. She had a yellow scarf tied around her neck, a lotus tied around one hand, a fork tied around the other, and a toy Viking helmet was tied to her toe.

Santosh Wagh, top agent and head of Private India, takes over the murder investigation. Eight more similar murders take place. Wagh drinks to rid the demons of his past and he must overcome these demons in order to solve the mystery and prevent an attack on Mumbai.

Las Vegas is a city that attracts all walks of life, especially those with something to hide or a life to leave behind. It’s the perfect location for Lester Olsen’s lucrative business. He gets to treat gorgeous, young women to five-star restaurants, splashy shows, and limo rides.

Then, he teaches them how to kill. Private investigator Jack Morgan is on the hunt for two criminals, an investigation that leads him to a murder ring in Las Vegas, one like he’s never seen before.

When Jack Morgan stops by Private’s Paris office, he envisions a quick hello during an otherwise relaxing trip filled with fine food and sightseeing. But Jack is quickly pressed into a mission: to track down his client’s young granddaughter who is on the run from a brutal drug dealer.
Before Jack can locate her, several members of France’s cultural elite are found dead-murdered in a stunning, symbolic fashion. The only link between the crimes is a mysterious graffiti tag. As religious and ethnic tensions simmer in the City of Lights, only Jack and his Private team can connect the dots before the smoldering powder keg explodes.

Jack Morgan is back in Rio de Janeiro for the Olympics. But when his most prominent clients begin to disappear, and bodies mysteriously start to litter the streets, Jack is drawn deep into the heart of a ruthless underworld populated by disaffected residents trying to crash the world’s biggest party.

With the world watching in horror, Jack must sprint to the finish line to defuse a threat that could decimate Rio and turn the games into a deadly spectacle. . . all before the games begin.

Craig Gisto has promised Eliza Moss that his elite team at Private Sydney will investigate the disappearance of her father. After all, as CEO of a high-profile research company, Eric Moss shouldn’t be difficult to find. Except it’s not just the man who’s gone missing. Despite the most advanced technology at their disposal, they find every trace of him has vanished too.

And they aren’t the only ones on the hunt. Powerful figures want Moss to stay “lost,” while others just as ruthlessly want him found. Meanwhile, a routine background check becomes a frantic race to find a stolen baby and catch a brutal killer – a killer Private may well have sent straight to the victim’s door . . .

Santosh Wagh quit his job as head of Private India after harrowing events in Mumbai almost got him killed. But Jack Morgan, global head of the world’s finest investigation agency, needs him back. Jack is setting up a new office in Delhi, and Santosh is the only person he can trust.

Still battling his demons, Santosh accepts, and it’s not long before the agency takes on a case that could make or break them. Plastic barrels containing dissolved human remains have been found in the basement of a house in an upmarket area of South Delhi. But this isn’t just any house, this property belongs to the state government.
With the crime scene in lockdown and information suppressed by the authorities, delving too deep could make Santosh a target to be eliminated.

There’s only one client that can make Jack Morgan drop everything and fly to London at full speed. Princess Caroline, third in line to the British throne, needs Jack Morgan to find a friend who has mysteriously disappeared. A woman named, Sophie Edwards.

Though Princess Caroline insists that it’s just a missing person’s case, Morgan knows she’s hiding something. The closer he gets to uncovering the truth, the more he realizes, there are powerful people who will stop at nothing to keep Sophie from being found. 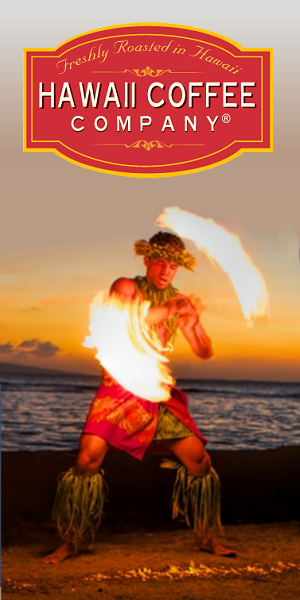 Find more great series like this at Book Series in Order. Have you read the NYPD Red series? Don’t forget to SUBSCRIBE to Alex Cross Addict and leave a comment, I’d love to hear from you!