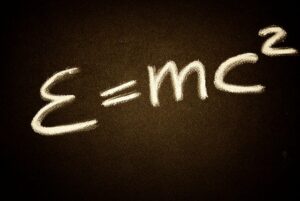 There are four books in the Max Einstein book series, written by James Patterson and Chris Grabenstein. These books are probably best for ages eight to fourteen. Max Einstein: The Genius Experiment is a #1 New York Times bestseller and Max Einstein is the first and only children’s adventure series officially approved by the Albert Einstein Archives.

The curly-haired, redhead, Maxine Einstein, is a twelve-year-old orphan genius with a huge heart and she may or may not be related to Albert Einstein. Max has no idea who her parents are. She’s infatuated with Albert Einstein and talks to him often, well, his photograph anyway.

Max and about seven other homeless people are living on a vacant floor above a horse stable in New York City. The owner has no idea that the ‘squatters’ are living in his building. Winter was soon approaching and the vacant floors of the horse stable had no heat.

Max woke to the awful smell of horse manure with a brilliant idea. She could build a green gas mill! They could turn the horse manure into biofuel, which they could then combust to generate electricity and HEAT! When Max brings her idea to the attention of her friend, Mr. Kennedy, he agreed, it was a brilliant idea. However, the items that they will need to build the green gas mill costs money. Something none of the squatters had.

Meanwhile, Max attends college at NYU, little does she know that she is being watched by a mysterious organization called The Change Makers Institute and some not so nice guys known only as The Corporation. Both have big plans for this little genius.

Max has become the top agent for the Change Makers Institute, a team of young prodigies that solve some of the world’s toughest problems. She’s moved into a college dormitory at Columbia University, Max Einstein is teaching college students!  She has bodyguards to keep her safe from The Corporation, however, Max hates being cooped up, doing nothing…

Max and her genius friends from the institute must use their smarts and work together to find a solution to the water crisis in Ireland and India. The problem is.. The Corporation wants to use Max for something else, something that will make them more money. They have plans to capture Max and they seem to know her every move. Do the Change Makers have a spy?

Max is back with a thrilling new adventure that involves time travel, creepy bad guys, killer drones, and a shocking mystery about her past that she will stop at nothing to solve!
Under the constant danger of being kidnapped by the shadowy Corporation, Max is on the run from New York to London and beyond. But soon the call comes for the Change Maker kids’ next mission: make sure no kid ever goes hungry again! If anyone can tackle a problem this big, Max and her genius friends can.
But mysterious clues about her past keep distracting Max’s focus. She always wanted to know who her parents were and why they abandoned her as a baby. If she manages to build a time machine, she could find them and get all the answers! What’s more important, her past, or the future of the Change Makers?

So far, Max and her team of genius friends have solved problems that no one else could, including bringing solar energy to remote locations, producing clean drinking water across the globe, and ending world hunger. No easy task, even for a genius!

But now Max and her friends must take on their biggest challenge yet, something that affects every living creature on the planet. Max must figure out how to prevent climate change from destroying the earth.

But sinister forces want to keep Max from succeeding, and she soon finds herself up against a new evil group that would rather let the whole world crumble than allow Max Einstein to save the planet. And this time, even the very foundation of the Change Makers Institute is threatened. Now Max must not only save herself and her friends but the entire planet, too. 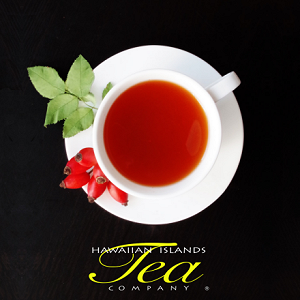 According to Variety.com, Imagine Kids & Family has won the rights to develop James Patterson and Chris Grabenstein’s “Max Einstein” books as an animated series, I really hope this happens, I believe it would be an excellent series for kids with all of the science and history of Albert Einstein. Max Einstein is full of adventure and I love that she’s a positive role model and a genius.

I hope you enjoy reading the Max Einstein series, I believe that it’s one of the best series for kids, I may be biased because of my own admiration for Albert Einstein and I absolutely love all of his quotes. To see more fun series by James Patterson, check out my Book Series In Order page. Leave your comments below and don’t forget to SUBSCRIBE to Alex Cross Addict. See you next time. 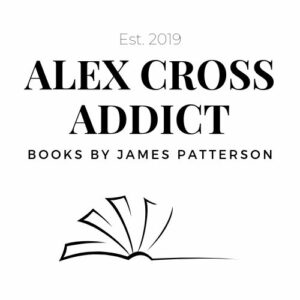