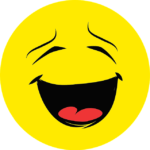 Most trusted storyteller, James Patterson, and collaborator, Chris Grabenstein started the I Funny series in 2012. These realistic fiction novels are lots of fun to read. They include, I Funny, I Even Funnier, I Totally Funniest, I Funny TV, I Funny: School of Laugh’s and The Nerdiest, Wimpiest, Dorkiest I Funny Ever.

Patterson and Grabenstein have written many other fun books for young readers such as The Treasure Hunter’s series, the Max Einstein series, House of Robots. Jacky Ha-Ha and Word of Mouse.

The I Funny series has some fantastic illustrations. The series is mostly geared toward middle school-aged children. However, I believe that everyone will take a liking to the main character Jamie. He’s paralyzed from the legs down, yet he’s funny and he’s strong. With a lot of humor and even more heart, this series is really about overcoming your fears. Check out this I Funny Video. 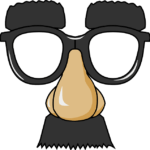 Living his life in a wheelchair after barely surviving tragedy, the protagonist, Jamie Grimm currently lives in Long Beach, a suburb of New York City. He lives with his Aunt and Uncle, and his three cousins, ‘The Smiley’s’. Jamie calls them the Smiley’s because they literally NEVER smile.

Joey Gaynor, Jimmy Pierce, and Gilda Gold are Jamie’s best friends and his cousin Stevie Kosgrov (aka ‘Smiley’) is a big bully. Oh, and Suzie Orolvsky (aka ‘Cool Girl’) was Jamie’s first kiss.

Jamie believes that laughter is the best medicine and he uses humor to divert bullies and overcome his disability. He is always telling jokes and in an attempt to steer clear of Stevie, Jamie is often telling them at his Uncle Frankie’s diner, Frankie’s Good Eats by the Sea.

Middle Schooler, Jamie Grimm doesn’t have much to laugh about these days. Not only is he dealing with bullies and self-pity, but he’s also the new disabled kid in town living with his Aunt and Uncle and he doesn’t feel like he fits in.

Luckily Jamie doesn’t let those things get in his way, he is on a mission to become the best stand-up comedian in the world. He practices his jokes all the time, at school at home, and even at his Uncle Frankies diner where Jamie runs the cash register on the weekends.

Uncle Frankie told Jamie about an upcoming contest called ‘The Planet’s Funniest Kid Comic’ and of course Jamie is going to enter.

Being funny was easy, he read every joke book he could find and read every joke on the internet. Jamie also studied comics like Jerry Seinfeld, Kevin James, Ellen DeGeneres, and Chris Rock. He made up many of his own jokes. But he needs to work on his confidence and get over his stage fright if he is going to win the New York State Finals.

Jamie is one month away from heading to Nick’s Comedy Stop in Boston for the Regional competition. Things are not going so well.

Jamie is trying to make it through middle school, get new materials and jokes all while dealing with the bully “Smiley”. On top of that, best friend Joey gets into some trouble at school after finding out that his mom has cancer.

As Jamie prepares for the semi-finals his family has a health scare of their own. He must put his family and friends before the Planet’s Funniest Kid Comic Contest.

Jamie Grimm is one step closer to his dream, winning The Planet’s Funniest Kid Comic Contest. The Hollywood finals are in three days, with eight contenders left. The winner will take home one hundred thousand dollars! Jamie is cramming for the Finals and facing a new challenge, possibly the biggest one yet.

After winning a few contests and being on national t.v. for the semifinals, Jamie is getting a whole lot of attention and it just might be making his head swell. The pressure is getting to him and friendships are suffering. A hurricane sweeps through Jamie’s town and the devastation is costly.

The Finals are postponed for two weeks and the ante is raised. Now Jamie must ‘come down to earth’ and focus on coming up with the best material for the competition if he is going to win The Planet’s Funniest Kid Comic Contest.

BNC-TV executives have big plans for Jamie. He is to star in his own television show, ‘Jamie Funnie’ a show about Jamie Grimm and his eccentric friends.

During rehearsal in front of a live audience, stagefright gets the best of Jamie. He freezes and forgets his lines. The director may have to make a serious cut.

There’s also a new bully in town ‘Lars Johannsen” and Stevie Kosgrov might finally get a taste of his own medicine. Jamie may have some reservations about stardom. Being just plain Jamie might be the better choice

Jamie Grimm is back from Hollywood and back to middle school life. Things have definitely changed, the vice principal is a she, not a he. The new principal started up a wrestling team and he doesn’t think there is a need for the school library anymore.

He decides to close the library and turn it into a sweat room for his wrestling team. Even worse, Stevie Kosgov and Lars Johannsen, the two biggest bullies in school are heading up the wrestling team.

Jamie and his friends work together to save the school library. There’s a comedy contest and Jamie even offers comedy classes to the younger children. He soon realizes that teaching jokes is much more difficult than making jokes.

Jamie Grimm is at the top of his game. He is hosting the Second Annual Planet’s Funniest Kid Comic Competition at Radio City Music Hall.

Uncle Frankie is getting married and Stevie Kosgrov has changed his ways! Now Jamie is competing at an international level in the World Kid Comic Contest.

There’s a lot of surprises in this last book, along with characters you may have met before and some heart-warming romance.

I hope you enjoyed reading about the I Funny series. Leave your comments below and don’t forget to SUBSCRIBE to Alex Cross Addict today : ) 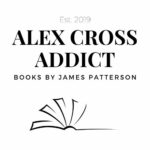